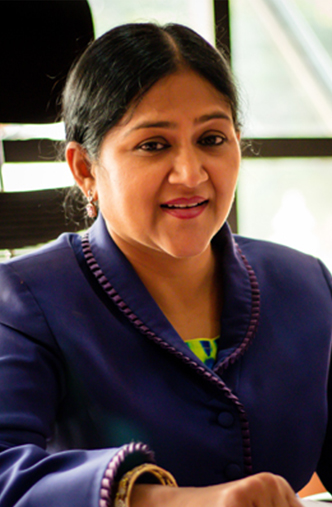 Mrs. Hema Malini Nidamanuri, is a Visionary Entrepreneur and Global Leader with over 2 decades of leadership experience.

Her remarkable global work and business experience in numerous fields and industries across continents have transformed several lives and shaped many ground-breaking business ideas.

She was recognized as India’s most promising women business leader of 2021.

Her accomplishments and forays into new ground-breaking ventures have been the toast of the Economic Times Awards where she was recognized as a leader who has created a living impression of vibrant India across the globe.

The Indywood Billionaires Club honoured her as one of the Top Billionaire Business Women and CEOs who are shaping the future.

She began her journey in 1999 when India was on the move. The country’s economy was riding on the talent of millions of young minds who were raring to take on the new world. That’s when she envisioned the Champions Group to push forward and showcase how Indian talent can transform the global economy. By laying the foundation of Champions Group, she has thus scripted the success story of millions of entrepreneurs in India and all over the world.

Apart from businesses in IT and Infratech, Food Industry, Textile, Nautical Tourism, she is a Designer at heart and a Computer Engineer by education (Studied Computer Science at BLDEA College of Engineering). She is the Managing Director of Multi National organization,Champions Group and brain behind various group companies including CHAMP.FIT, AABOLI India Pvt. Ltd, Champions Yacht club and Champion Infratech.

Since the beginning of her career, she has been on a mission to project Indian talent as the bedrock of global business transformation. By grooming the nextgen talent in India, for the world, her efforts have played a key role in placing India at the forefront of the world’s data-driven, knowledge economy.

Talent groomed by her efforts is today shaping the future of the top fortune 500 organizations, generating new business opportunities for them, and helping business leaders chart their success in new ways never imagined before. Her ongoing mission proudly represents India across the world as the face of success behind many world-beating ideas and entrepreneurs.

Mrs. Hema Malini Nidamanuri is also a mentor to many successful corporates and thousands of champions. She has been supporting the growth of new entrepreneurs and start-ups in over 108 countries by pioneering a wide range of innovative data and digital marketing technologies and techniques via Champion Infometrics Pvt. Ltd.

She has led the company and the group from its foundation to a brand that is synonymous with ground-breaking ideas. Through her efforts, the Dun & Bradstreet has Recognized Champions Group with its Business Eminence Award as one of ASIA PACIFIC’s Fastest Growing Organizations in 2019 and 2020.

As creators of several brands under the Champions Group umbrella, her family of 4500+ employees and partners are today spread across major continents like North America, Europe, and Asia Pacific.

Counted among India’s top women entrepreneurs, The Economic Times has recognized her as The Most Promising Business Leader in 2021. 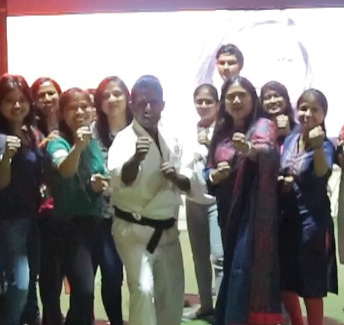 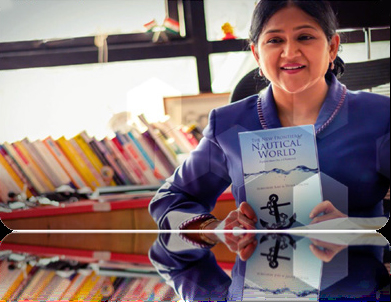 She is a celebrated author who has mentored many innovators in the hospitality and leisure segment.

Her book titled, “The New Frontiers of Nautical World,” is considered as a landmark move in the world of Nautical Tourism.

Mrs. Hema Malini Nidamanuri’s passion to launch global ventures with her trademark creativity has placed Women Entrepreneurs from India in the league of top CEOs who are celebrated by global leaders.

The Indywood Billionaires Club has honoured her as one of the Top 10 Billionaire CEOs in India.

Watch out for her dynamic leadership which is empowering women from all spheres and transforming tens of thousands of lives on the ground.

She has earned the repertoire of being an enabler for enterprising women helping them become self-reliant while building new skills in the Textile Sector.

Her stellar role has created new avenues for growth for women entrepreneurs who come from diverse backgrounds and cultures.

This initiative is expected to bring in millions in revenue and create many new job opportunities in the state. 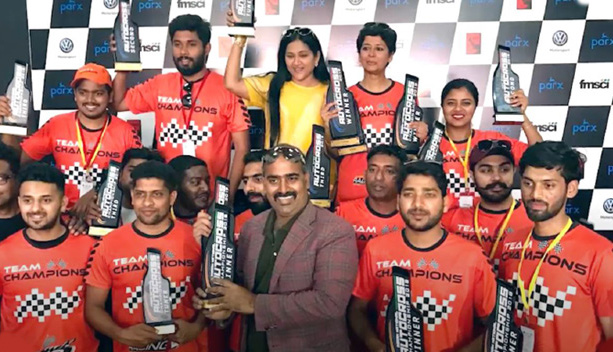 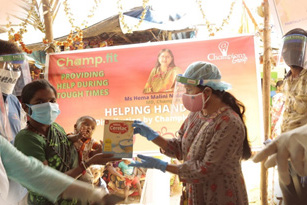 Provided much needed support to a local old age home at a time when donors and donations dried up and food ration supplies took a severe hit.

Her leadership has ensured, the old people who are dependent on community support get their share of daily nutrition.

Her women empowerment initiatives and self-defense session have been transformational for the organization’s female employees.

Mrs. Hema Malini Nidamanuri is at the forefront of support for community building efforts in the organization.

Her actions are grooming community leaders to contribute towards building a society that never forgets to care.

Through Swanthana, her values have inspired the local community to do their bit for mentally and physically challenged female children.

Mrs. Hema Malini Nidamanuri has been a pillar of support as she stood in solidarity with people fighting against the economic impact of Covid.

Mrs. Hema Malini Nidamanuri’s leadership has also touched upon the family members of employees and the local community. 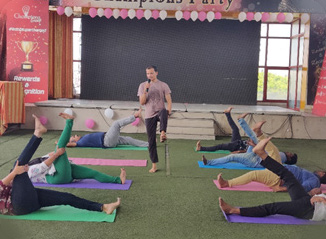 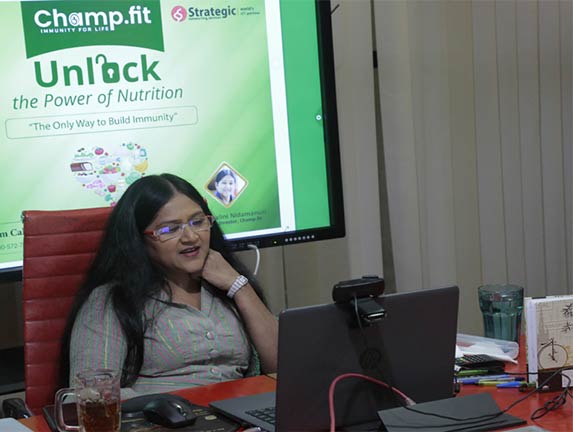 Her efforts ensure regular webinars are organized for the following:

Her leadership has been instrumental in organizing special classes and nutrition giveaways for employees / family suffering from arthritis, pcos & thyroid and different health issues.

While it was getting difficult for family members to get the vaccination, her volunteers and countrywide co-ordination skills ensured swift action.

They ensured timely two vaccination drives that were organized at the Champions Group Office.

Her leadership is a tireless mission that continues to transform lives and groom new community leaders to take on new world challenges.

While creating new job opportunities is an important endeavour that she has instilled within the DNA of Champions Group, her guidance in gearing new community Champions at every step.It is with her direction that the Champions Group is building a sustainable future for India and the world.

Mrs. Hema Malini Nidamanuri will continue to be a beacon of inspiration for upcoming leaders in India and across the world.

While it was getting difficult for family members to get the vaccination, her volunteers and countrywide co-ordination skills ensured swift action.

They ensured timely two vaccination drives that were organized at the Champions Group Office.

Her leadership is a tireless mission that continues to transform lives and groom new community leaders to take on new world challenges. 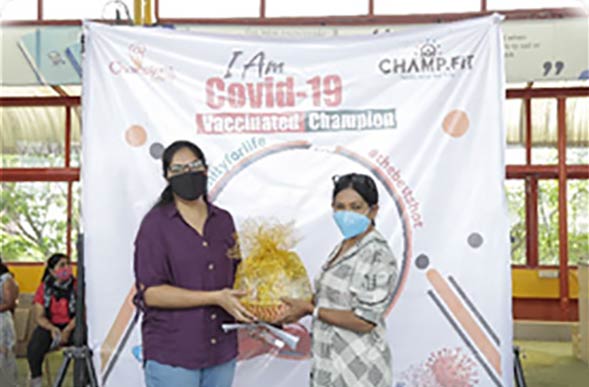